Generation Code: Born at the Library 2018 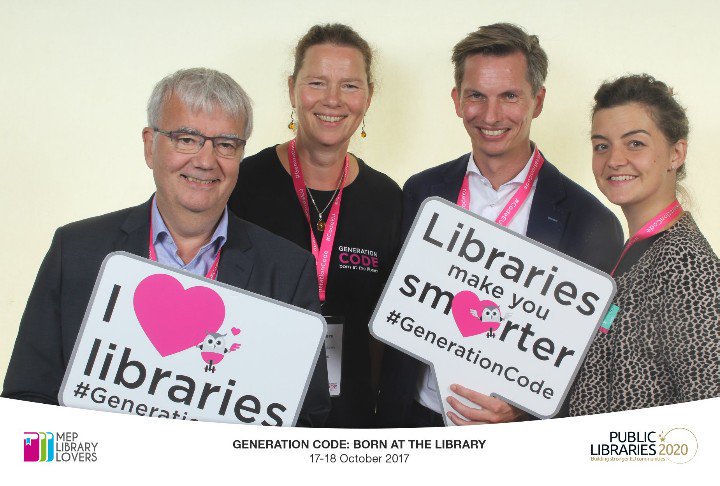 The first “Generation Code: Born at the library” took place in 2016 (18.-19.10.), organised by the European public library advocacy project Public Libraries 2020 (PL2020). PL2020 started in 2014, financed by the Bill & Melinda Gates Foundation and managed by the Reading & Writing Foundation of the Netherlands.

The Generation Code event is still one of the highlights of the year. Who else can bring librarians of all the European Union together inside one top location for lobbying: the European Parliament in Brussels!? Who else did it before? Nobody!

Some overseas blond-hair-not-so-bright-president would pretend: “Best Generation Code ever!” However, as librarians we certainly can read more than eight pages of text only and wait for the results of the follow up by PL2020. Hereby we encourage every participant to give feedback. PL2020 asked all present librarians nicely to fill out the evaluation form as quickly as possible; do not forget to communicate to them the names of Members of European Parliament (MEPs) you’ve met in Brussels. As EBLIDA, we too want to know if Generation Code 2018 beat last year’s record of 101 MEPs. Well informed as we are, we know that one librarian personally bets a bottle of Schengen wine that PL2020 did it!
As EBLIDA correspondent, but also representative, the author of these lines wants to thank the wonderful PL2020 team! Data protection doesn’t matter here, so let’s publish the names of this highly effective three women task force: Lobbying Queen Ilona Kish and her magnificent assistants, Hannah Thominet (-Gent) and Sara Petti. Well done, ladies! Great work!

Library innovators and advocates of all across the European Union were invited on Monday, 8th October to join a workshop led by Matt Finch in the Muntpunt library, to be trained by playing librarian versus decision-maker.

On Tuesday 9th of October, 9.30 am, all librarians successfully gained access to the European Parliament. This seems to be easier by the main entrance (Altiero Spinelli) than by the backside, if you believe EBLIDA EC members. Fortunately, since the 1st Generation code event, nobody of the security staff had ever had read the introduction to the bestseller “Stupid White Men” (2001) by Michael Moore, where the famous US-American film director qualified librarians as “certainly one terrorist group you don’t want to mess with.”

PL2020 started with a briefing session at 10 am in a training room of the European Parliament library (5th floor), distributing ready-made professional information (an info pack with a programme, logistics information, a list of exhibitors in a flyer) to the delegation leaders. Afterwards the participants could look at the exhibition inside the Parliament’s library. Same building, 3rd floor, 12:30 pm: the Meet & Greet session began! 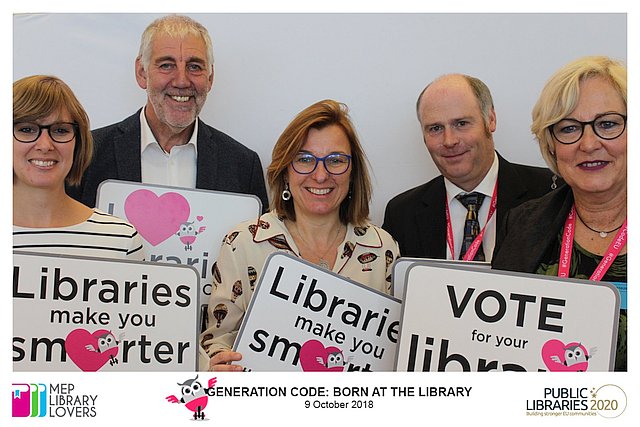 A Luxembourgish librarian reports: some MEPs were already waiting for “their” librarians. After starting with the presentation of the national situation of public libraries in the home country and explaining that since the 1970s, at least, libraries are no longer 100% book lending machines or book museums, questions about general problems, obstacles in the daily librarian work, but also very individual practical local library access issues were discussed. This was the moment to switch from national to European level: mention the copyright issue for example. Nevertheless, as soon as you realised that the term “copyright” provoked a “or no! / not again!” body language reaction, you had to change the subject radically. For example: “Why are book boxes not a substitute for libraries?”
Let’s not forget to mention the best PL2020 gadget of this session: the photo booth! Aside from a professional photographer going around the whole day, participants – MEPs and librarians – just had incredible fun with this automatic and ready to print camera. The result: hilarious pictures of definitely not boring librarians! 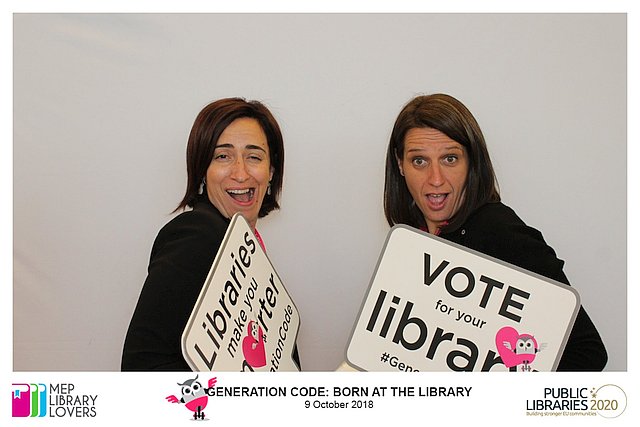 14.30, third floor, all librarians were invited to move to the exhibition on the fifth floor. As some MEPs couldn’t attend the Meet & Greet session at 12:30-14:30, they had the opportunity to visit the booths with very innovative library projects. Some MEPs did pass by; others were contacted and bothered by librarians asking “Are you in your office now? Can I pass by? Now?”
At 18:00, still in the Parliament library, a VIP reception started. There were speeches of PL2020 boss, Ilona Kish; MEP Esther de Lange; European Commissioner for Education, Culture, Youth and Sport, Navracsics Tibor; the very international American Library Association (ALA) president, Loida Garcia-Febo; and Katerina Havrlant, Director of Grow with Google. Officially, the VIP reception was hosted by MEP Library Lover Esther de Lange and co-hosted by MEP Library Lovers Antanas Guoga, Catherine Stihler, Eva Maydell, Michal Boni, Sean Kelly and Julia Reda. 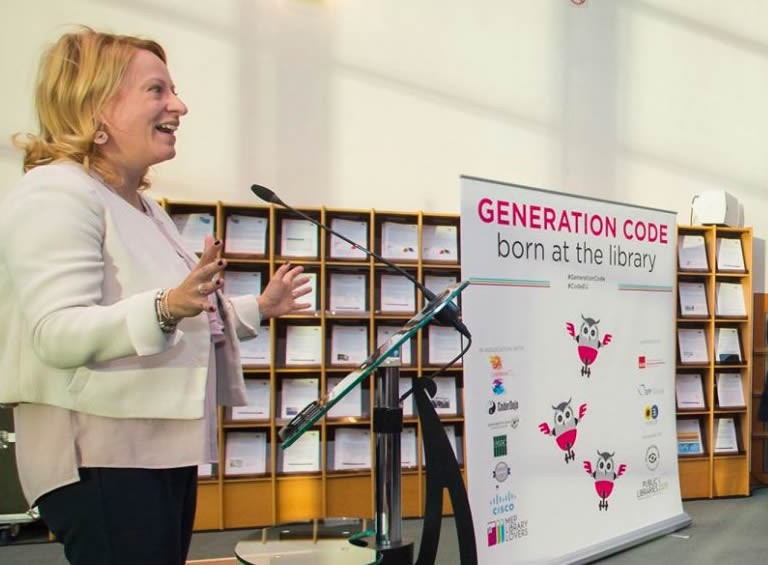 European elections will take place in May 2019. In this context, it wasn’t easy to get a precise answer of MEPs if they will run again for election. “Too early to say” or “If my party puts me on the list” were frequent statements. That’s why this time a follow up was pretty difficult, like getting some MEPs in the official MEP Library Lovers group, second biggest in Brussels, only surpassed by the MEP beer lovers group. Perhaps a new group, with a combination, a books, beer and beef lovers group could beat all records. Moreover, the group’s headquarters could be located in an appropriate café. Let’s propose the Café Amadeo, rue St. Catherine 26, Brussels, tried, tested and appreciated on 9th October, 2018 by librarians from Bulgaria and Luxembourg – and a vegetarian ALA president.

What about a Generation code event 2019? It depends on the future of PL2020. As PL2020 is a premium cooperation partner for EBLIDA, we are waiting for officially confirmed details how PL2020 could continue to exist and work in the next months.

This article was originally written for the EBLIDA newsletter of November 2018, you can read it here.